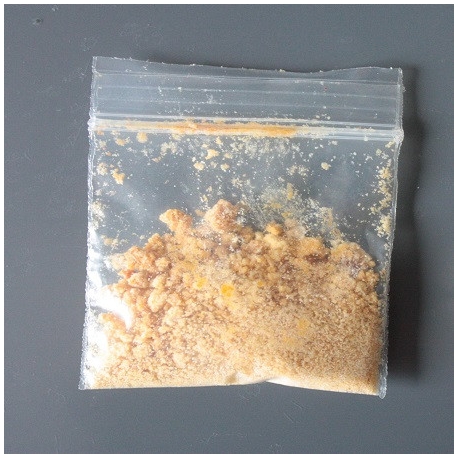 DMT (Dimethyltryptamine) is a potent short-term hallucinogenic drug. Sometimes called ‘the spirit molecule’. Effects are similar to those of LSD, but with more rapid onset, greater likelihood of a panic reaction, and a shorter duration (1–2 hours).

DMT Powder (Dimethyltryptamine) is a powerful psychedelic drug, and a type of tryptamine alkaloid.  It is a naturally occurring substance, found in various plants and animals, and in small quantities in the human brain, where its function is unknown.  DMT is famous for its power, though the psychedelic trip it creates only lasts 5 to 30 minutes when smoked. The effect is profound and remarkable, with the feeling that the user is transported to a completely different place, immersed in kaleidoscopic sounds and images. In its pure form, the drug is a white to yellow crystalline solid.

Buy DMT (Dimethyltryptamine) has been consumed throughout history and into prehistory by indigenous peoples, especially in South America, where it is consumed during shamanic rituals and called ayhuasca. This is done by combining plant material that contains it with a monoamine oxide inhibitor, a special chemical that allows the drug to avoid digestion by the stomach and reach the bloodstream. Evidence of DMT consumption by indigenous peoples in South America stretches back to at least 2130 BC. A pipe made from puma bone of that age was tested positive for the substance. Smoking it would give the users visions and feelings that they associated with magical sources, putting them into contact with “spirits” they could consult on matters of plants, disease, etc.

Some of the most unusual psychedelic trip reports come from users of DMT, who report “revolving quadrate vortices,” conversations with intelligent alien-type creatures, and so on. These reports are unusual because of their intensity and the sensation of meeting intelligent beings, which is reminiscent of what happens to many people each night in dreams. Though scientific investigation of the effects of the drug has been limited, cognitive science may be able to learn more about the human brain by seeing how it changes its operation in response to tryptamines. Spiritualists may be inclined to believe that the beings that people “meet” under the influence may actually exist on parallel planes, which has introduced alternate religious belief systems or worldviews based on the experience DMT (Dimethyltryptamine).

DMT (Dimethyltryptamine) is a powerful hallucinogen, meant to be carefully administered in a calm environment to someone who has prior experience with other psychedelic drugs. The drug is relatively rare due to the lack of commercial demand and the scarcity of people with the knowledge and motivation to isolate it from plants. Still, as a molecule, it seems like a terrain ripe for discovery. Untested speculations have argued that the DMT found naturally in the brain may be implicated in certain neurological states, and if it is artificially administered, it may pull these “switches and levers” in ways that can be more precisely characterized and studied. As the human brain is the most complex known object in the universe, determining the precise way in which it interacts with complex molecules like this may be one of the largest scientific challenges of all time.

Buy DMT (Dimethyltryptamine) Online is a white crystalline powder that is derived from certain plants found in Mexico, South America and parts of Asia.

It is typically vaporized or smoked in a pipe, or consumed orally in brews like ayahuasca. Occasionally, DMT is snorted or injected.

Buy DMT powder online ’s chemical root structure is similar to the anti-migraine drug sumatriptan, and it acts as a non-selective agonist at most or all of the serotonin receptors. Serotonin is a neurotransmitter that hugely influences the majority of our body’s brain cells.

When smoked, the average dose of DMT is 30-150 mg, and the onset of action can be felt almost instantly. The effects peak and plateau for 3-5 minutes, and gradually drop off with the duration of effect totaling 30-45 minutes.

Extent of  DMT use

Buy DMT powder online has no approved medical use in the US but can be used by researchers under a Schedule I research registration that requires approval from both the DEA and the Food and Drug Administration (FDA).

DMT is used illicitly for its psychoactive, hallucinogenic effects. Users report “spiritual insight” as one of the most commonly reported positive effects of the drug.

The vast majority of new DMT users are already experienced with using psychedelic drugs, and as is the case with other illegal hallucinogens, users obtain the drug through the Internet.

Use of DMT has increased in recent years, indicating that the drug may be gaining in popularity. The National Survey on Drug Use and Health revealed that the number of people in the US who reported using some form of DMT had increased from 688,000 people in 2006 to 1,475,000 in 2012.

A person is having a surreal hallucination with clocks.

The primary effect of DMT is the experience of intense hallucinations that alter the individual’s perception of the world around them.

The main effect of DMT is psychological, with intense visual and auditory hallucinations, euphoria and an altered sense of space, body and time. Many users describe profound, life-changing experiences such as visiting other worlds, talking with alien entities and complete shifts in the perception of identity and reality.

In comparison to other psychedelic drugs (LSD, ketamine, magic mushrooms), recreational users of DMT consider it to have the lowest side effect profile.

Possible side effects of Buy DMT powder online may include:

When taken orally, DMT can cause nausea, vomiting and diarrhea.

Depending on the individual user, the DMT experience can be either intensely exciting or overwhelmingly frightening. The experience can be so powerful that users may have difficulty processing and integrating the “trip” into their real life. Mental side effects may linger for many days or weeks after ingestion of the drug.

Because DMT is structurally related to the neurotransmitter serotonin, a condition called serotonin syndrome is a potentially lethal health risk that can be associated with its use. Individuals taking antidepressants are at highest risk for this complication DMT (Dimethyltryptamine)

Serotonin syndrome occurs when the body accumulates an excessive amount of serotonin. The condition is often caused by taking a combination of different drugs. Too much serotonin in the body can lead to symptoms such as:

DMT could have serious adverse consequences for users with pre-existing psychological problems or a mental illness such as schizophrenia.